Headstalls, bridle details and harness bow mounts for horses have been found in many aristocratic graves. These objects are often cast in bronze, gilded and ornamented.

One splendid example is a headstall and bridle from a grave at Broa in the parish of Halla on the island of Gotland. The grave contained the remains of a man, his horse and dog and weapons and other equipment.

The horse’s headstall had been ornamented with around twenty gilded mounts, in a gripping beast style which takes its name from the site where it was found, Broa style.

The man’s belt or baldric had a round link for four hanging mounts. In the centre of the link is depicted a face with bulbous eyes and what appears to be a mouth which is sewn up. The motif is reminiscent of a myth about how the god Loki took a wager with the blacksmith Brokk when the latter forged the attributes of the gods.

According to The Language of Poetry (Skáldskaparmál) in the Prose Edda the brothers Sindri and Brokk together created the goddess Sif’s golden hair, Frey’s ship Skidbladnir and Odin’s spear Gungnir. When these had been made Loki wagered his head with Brokk that Sindri could never make such beautiful things on his own. Despite Loki having a fly give Brokk three strong bites, Brokk managed to keep the forge going so that Sindri could finish the boar Gullinbursti, the gold ring Draupnir and the hammer Mjölnir. In this way Brokk won the wager and Loki was punished by having his mouth sewn closed. 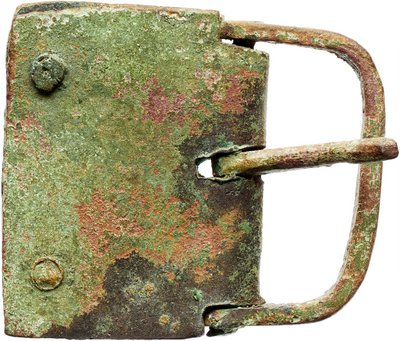 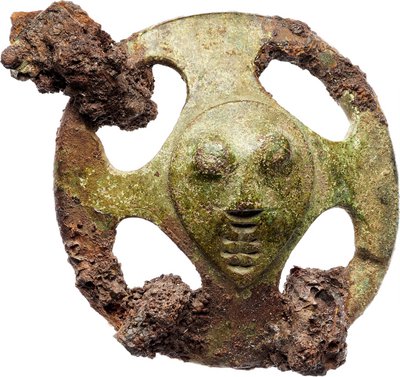