The voice was the primary musical instrument of the period. The literary sources describe cult songs and Skaldic songs, poetry and verse. Singing and music were doubtless also a part of everyday life.

Melodies and dance steps which are still part of folk music in the Faroe Islands and Iceland may have already been in use in the Viking Age.

Flutes, bird whistles and horns from cows and goats were common instruments which were probably used both in social situations and for hunting and work. Individual finds of bridges and tuning pegs from bowed harps and lyres have been found in aristocratic settings. Norwegian finds suggest that mouth harps were used.

Buzz-bones, which produce a buzzing sound when they are spun with the aid of a string, were more of a toy than a musical instrument. 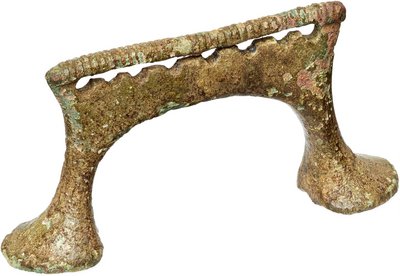