In Västergötland and Östergötland and in parts of Mellansverige (Middle Sweden) and on Öland new types of grave monuments began to be used during the 11th century.

The design of the monuments varies, but all have stones with inscriptions and pictures resembling the appearance of contemporary Christian runestones. On the mainland limestone casks were common, being the length of an adult person and with stone slabs on the sides, gables and lids.

It is unclear whether the grave monuments on Öland had the same appearance, since there are no definite finds of stone slabs from the sides and lids of caskets.

Most of the monuments from the early Christian period were broken up soon after they were made. Slabs were smashed and reused in other graves or for the construction of churches. The examples we know of today were found during archaeological investigations of churches or in graves around them.

The grave monuments probably stood on sites which belonged to influential relatives and where wooden churches stood or were built.

Towards the end of 11th century fewer and fewer monuments were erected on the mainland, while they became more common on Öland. Despite the fact that we have found many remains it has only been possible to study stone caskets at four sites, three in Östergötland and one in Västergötland. These contained the remains of women, men and children.

Stones with pictures and runes were broken up on Gotland too, but they are usually not as clearly Christian as those on Öland and the mainland. One exception is the four tomb stones which are believed at one time to have been side slabs on a square chamber grave under the floor of Ardre Church. Two of them are well preserved, while only the side parts of the other two remain. The slabs are of grey sandstone and decorated with both Christian and pre-Christian motifs. Remnants of the pigment tell us that they were painted red and black.

On one of the fragmented slabs a rider can be seen on an eight legged horse, probably Odin’s horse Sleipner. Could it be the journey of a dead man towards the underworld of Valhalla? One of the almost intact slabs is dominated by two paired looping dragons. Above can be seen a man with a child in his arm. This may be the oldest known depiction of the patron saint of travellers St Christopher, carrying the child Jesus through the raging waves – the looping dragons. The inscription along the edge contains an invocation of the Virgin Mary.

In the 11th century, in eastern Mälardalen and the countryside to its north, other Christian monuments were erected, red sandstone runestones. They are not grave monuments, but rather memorials of someone deceased. The inscriptions differ from the early Christian grave monuments, but they also have quite a lot in common.

One of these places is Össeby-Garn Church ruin in Uppland, remnants of a Romanesque stone church built during the 13th century. During renovation work on the ruin in the 1970s, 14 red sandstone runestone fragments were found in rubble along the walls of the ruin.

We do not know why so many of the monuments were destroyed. It may be due to changes in the Church in the Nordic area.

The destruction occurred at different times in different places. There is probably a connection in that the first wooden churches began to be pulled down to make way for stone churches in the Romanesque style.

Another theory is that the motifs on the monuments, taken from the Norse belief system, caused anger and offence among Christians. But how the monuments were used may also be interpreted in an opposit way. It is possible that the pieces symbolised the old values and families. Reverence for the older traditions was strong, so the old fragments were incorporated into the new churches. 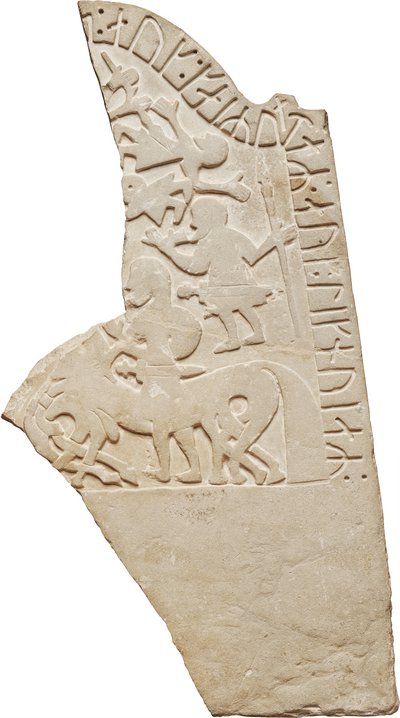 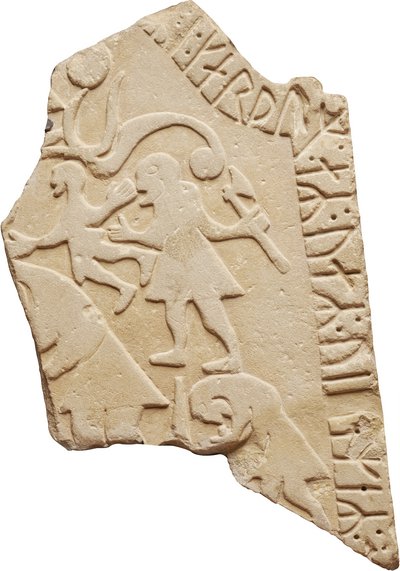 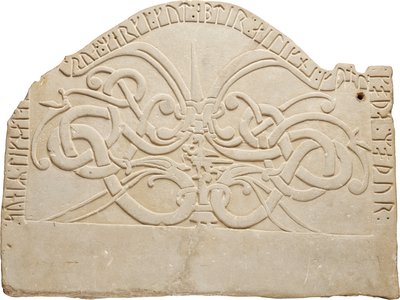 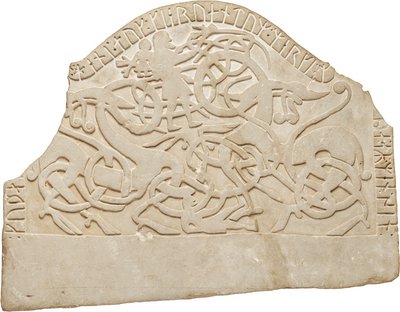 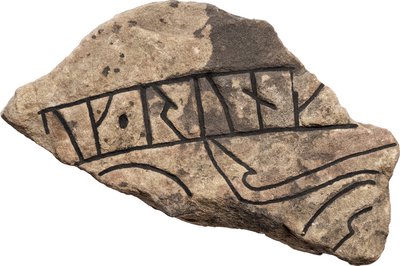 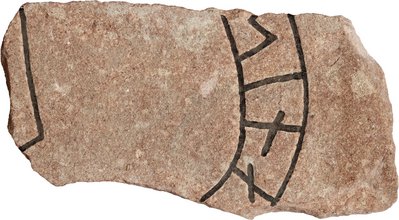 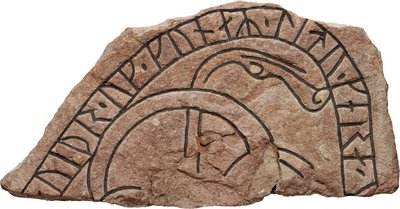 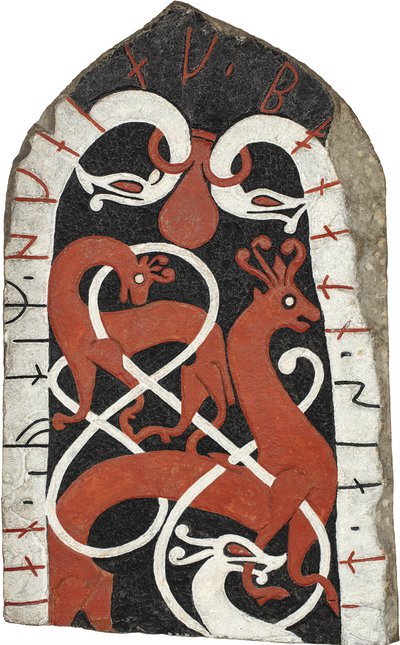 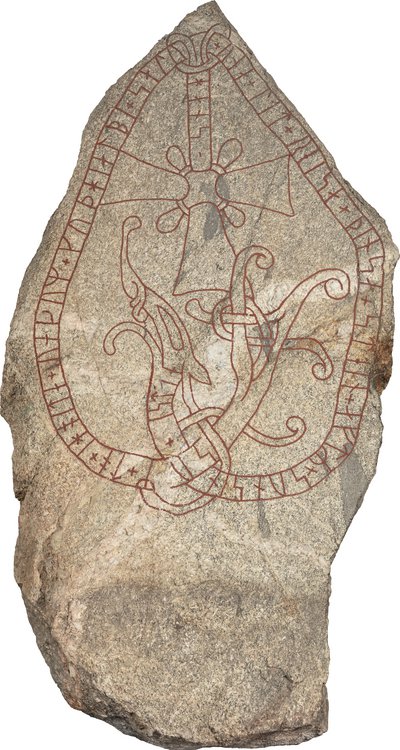 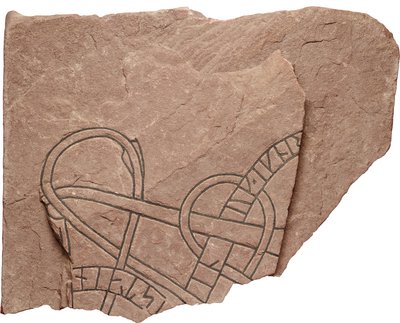 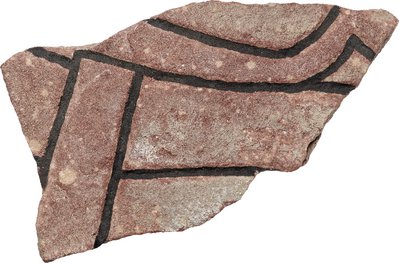 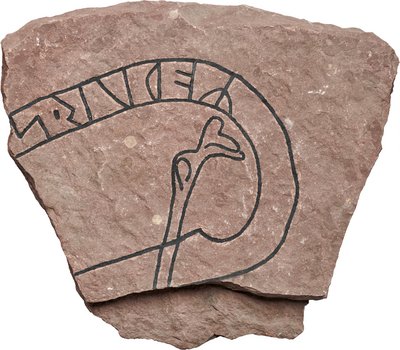 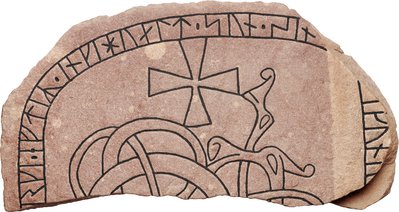 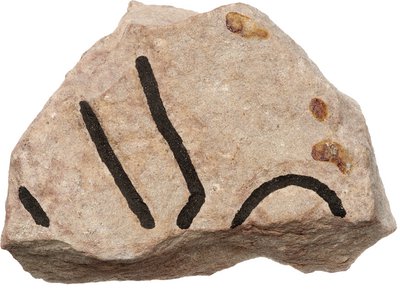 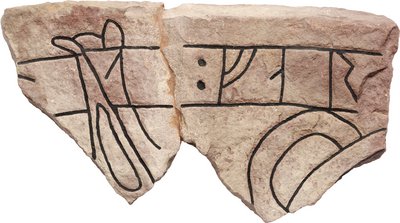 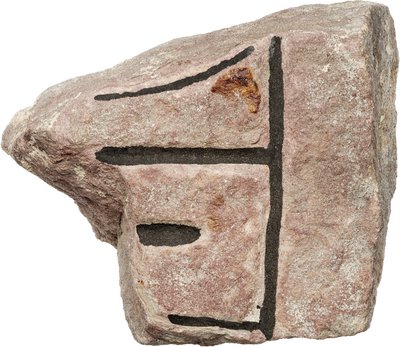 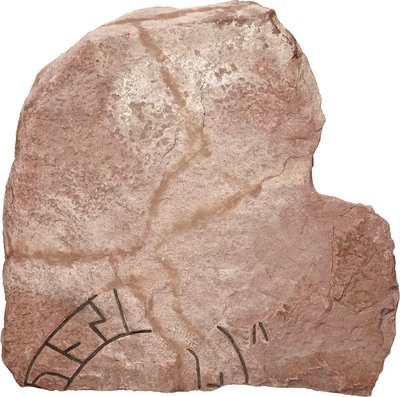 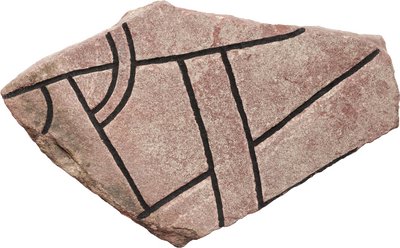 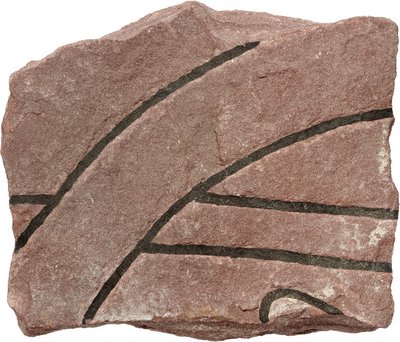 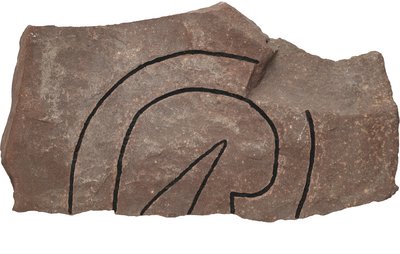