The ships on the picture stones appear to be of different sizes. The number of people in the crew varies from a handful to more than ten.

The shields hanging along the gunwales plus the fact that the men are armed suggest that the purpose of the trips was not peaceful. Many of the ships also have a dragon’s head or other figurehead at the prow.

Unlike on the Gotland stones, ships almost never appear as motifs on Viking Age runestones . The reason is doubtless that picture stones and runestones were set up in different environments and with different purposes. Both categories may be viewed as monuments.

The wordless narratives and motifs of the picture stones are clearly based in the world of mythology, whereas the inscriptions on the runestones tell of personal qualities and deeds and the motifs reflect both religious and mythological trends.

How big was the sail?

The sail reconstructed for the 8-metre-long boat Krampmacken, has an area of 20 square metres. The wool from 45 sheep was needed for this.

How big the actual sails were, has been debated. Not least since the contemporary depictions of sailing vessels showed relatively small sails.

Large sails of up to 100 square metres, must have been cumbersome and heavy, making the ship difficult to manoeuvre, with high masts and rigging. Smaller sails, wider than they were tall, on a lower mast would probably have functioned better. 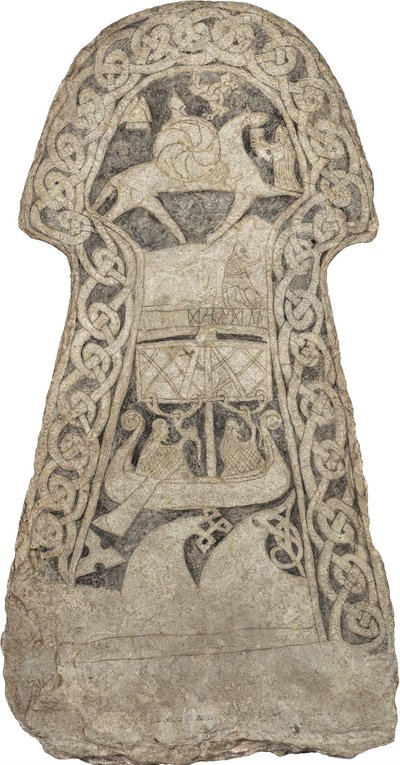 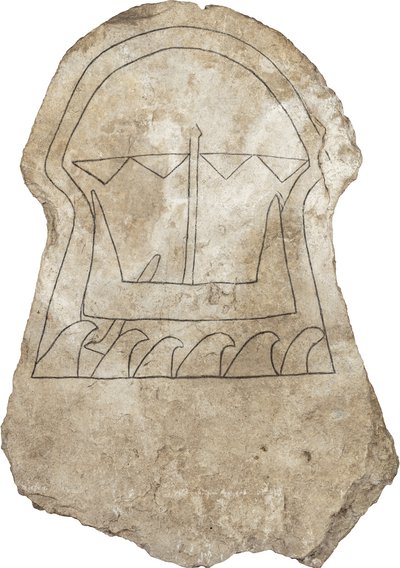