During the Viking Age the slave trade in Europe grew. Taking people captive and selling them was a lucrative business.

Researchers have previously interpreted the trips east as peaceful trade journeys, contrasting with the journeys to the west. There are many indications that the Norse people traded in humans.

Along the rivers to the east there were not as many monasteries and rich cities to attack as there were in the west. But there were a lot of people living along the riverbanks. Arab chroniclers described the Rus, the Norse people that is, as slaveowners.

People were captured during the raids on both the western and eastern routes and sold as slaves in Byzantium, as well as all around Europe and Scandinavia. In the Icelandic saga Laxdæla saga, the island of Brännö, on the Swedish west coast, is mentioned as a place to go and buy slaves in the 10th century.

Might it be that many of the buried silver hoards were originally payment for human trafficking on the slave markets?

Trading and raiding were two sides of the same coin. It is probable that the crews on board the trade expeditions comprised equal numbers of tradespeople and armed warriors. Among the latter, Frankish sword blades were particularly sought-after. The reason for this was the quality of the steel and the skilled metalwork, that made the blades easy to handle and effective in battle. A number of these blades are inscribed with the name Ulfberht. A little later, during the 10th and 11th centuries we also find the name Inglerii or Ingelrd. The names suggest smithies rather than individual smiths.

The Frankish blades were so effective that in the 9th century Emperor Charles the Bald forbade the export of them to Scandinavia. This meant that they began to be copied, inscriptions and all. The Scandinavian copies were worse than the originals, but the copying itself bears witness to the fact that it was prestigious to own a Frankish blade. 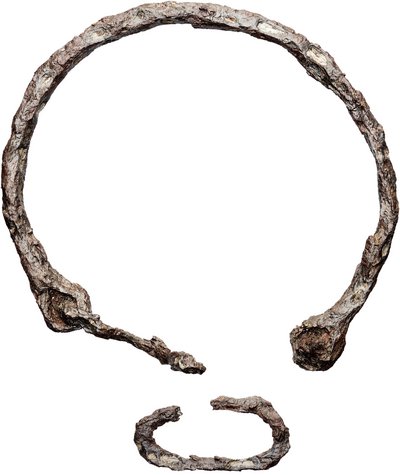 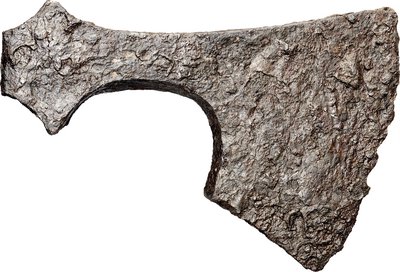