A funeral pyre with ritual drama

At some point during the first half of the 10th century a great funeral pyre burned at Klinta, outside the trading centre Köpingsvik on the island of Öland. In a ship drawn up from the beach lay a woman and a man, wrapped in bearskins, along with sacrificed animals and objects.

The woman was wearing three gilded brooches and a lavish set of almost 200 beads of glass, carnelian and rock crystal. She also wore a pendant and two small copper plates inscribed with runes. Two large pairs of sheep shears and two iron keys hung from a silver chain.

The man’s attire is more difficult to have an idea of, but his shirt or coat had small, gilded bronze buttons. A number of gilded strap end mounts show that he also wore one or a several belts.

The remnants of the funeral pyre were divided up over two areas of about 5 square metres. One on the fire area, the other a short distance away.

Among the remnants were soot, burnt parts of the boat, fragments of objects and remains of the two people and of animals. On top of these two layers lay an Islamic silver coin. Up to this point the rituals for the two areas were similar. After that differences start to appear.

An axe was driven down blade first and beside it was placed a large copper pot, made in Persia or east of the Caspian Sea. Then a metre long iron staff was placed diagonally into the hole. The staff is cracked and bent, as if it had been deliberately deformed. It also has fire damage but not as much as the other objects and was probably not in the funeral pyre.

Finally the hole and the arrangement were covered with remnants from the pyre. Later, a cairn of stones and boulders, measuring 13 metres in diameter and 1.3 metres in height, was built over everything. 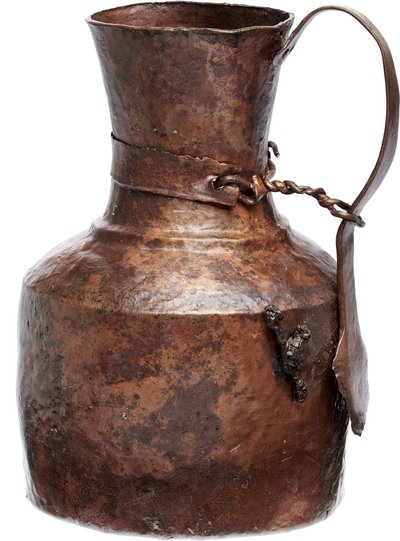 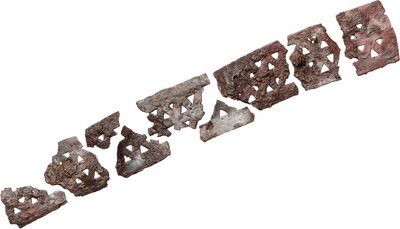 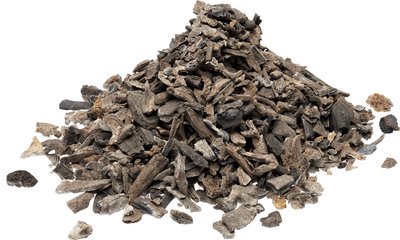 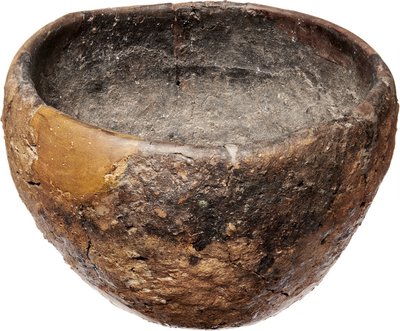 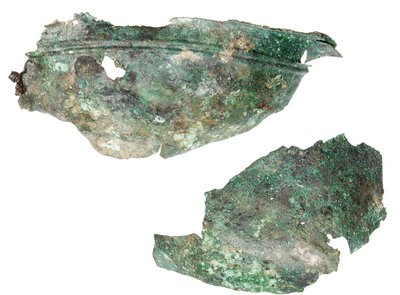 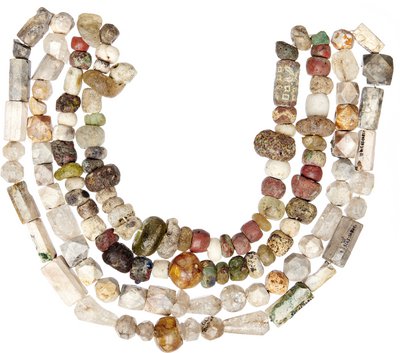 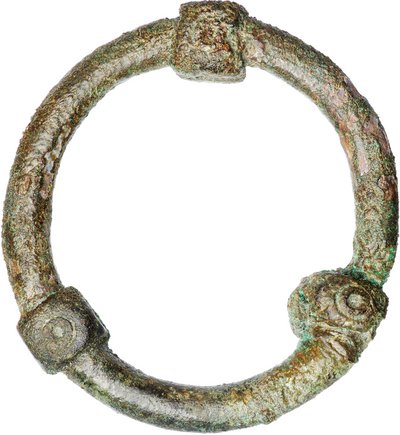 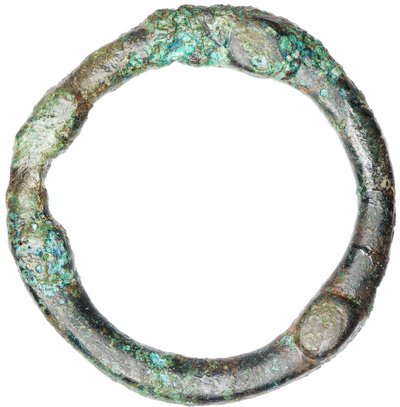 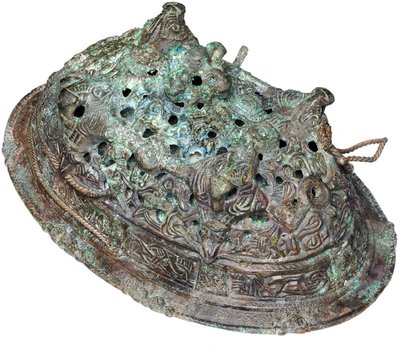 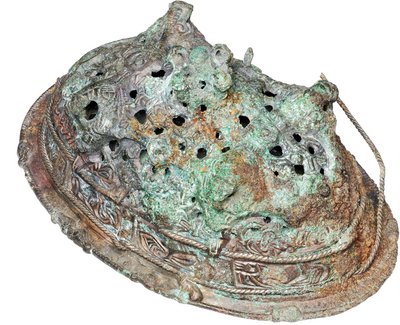 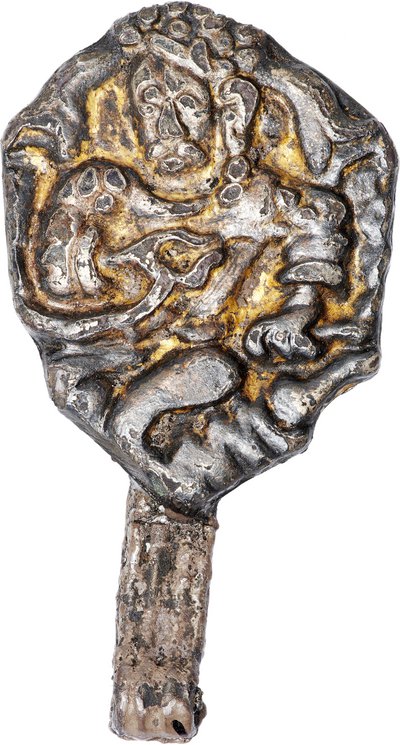 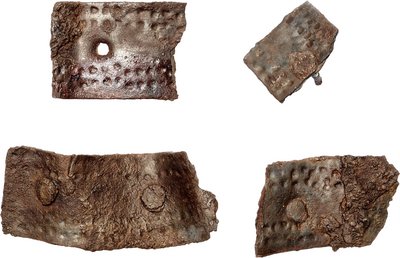 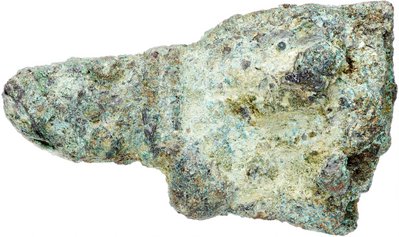 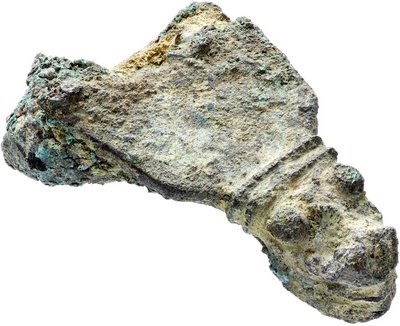 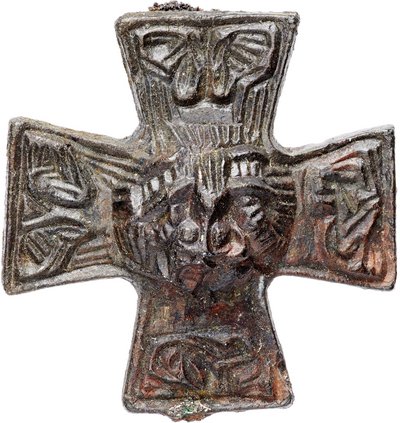 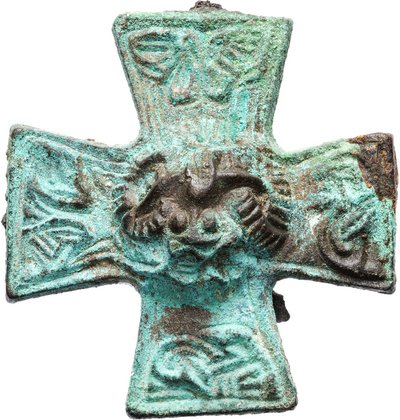 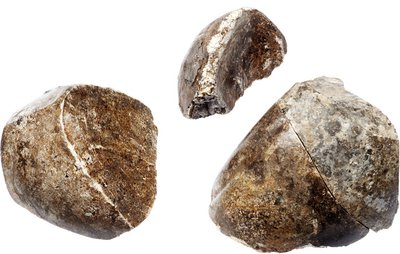 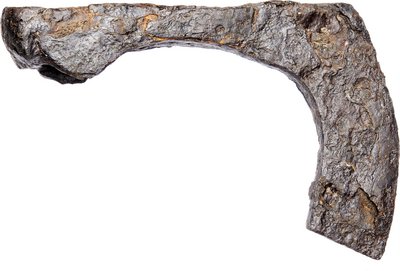 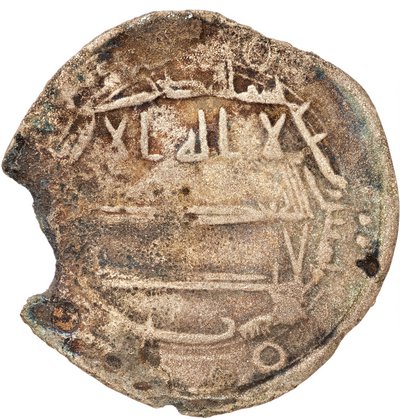 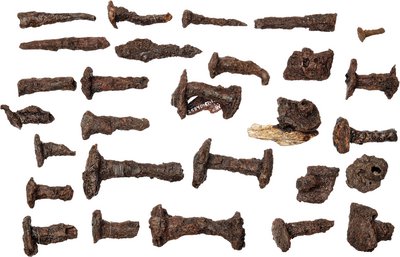