Brooches to read and understand

Throughout history the deer has been used as a symbol for Christ. In the Viking Age deer appeared sometimes on certain types of brooches, and sometimes as an embroidered motif on clothes and other fabrics.

On a special type of round silver brooch they appear in fixed combinations. One motif shows four deer gathered around what seems to be a well or a rock where four rivers are rising. The well has been interpreted as the Well of Life and the rock with the rivers as a symbol of paradise.

The composition may be a depiction of some lines from the Old Testament Book of Psalms, Psalm 42, verses 1 – 2:

As the deer pants for streams of water,
so I long after You, Oh God.
I thirst for God,for the living God.
When shall I come,
and appear before God?

The song was sung on Easter Day, when new converts were accepted into the Christian community, and was an important element in Christian worship.

The deer on the brooches are looking backwards, as if they were worried. Behind them appear four other creatures, which seem to be predators. They are ready to attack, with front claws raised. It is difficult to interpret the scene. Is it a depiction of the struggle of the Christian mission against a non-Christian belief system, or does it allude to a quote from the Bible?

On the exquisite box brooches there are similar compositions, though simpler. Here the Christian symbolism is not so prominent and the other motifs on the brooches are clearly Norse. The same is true of the ornamentation on the equal-armed bronze brooches. Here the animals are more like goats than deer and there are only two of them. 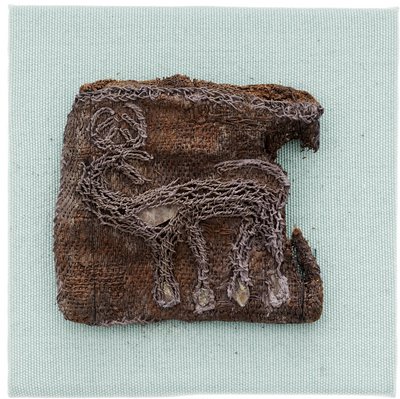 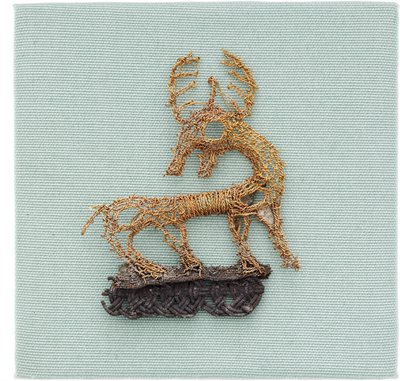 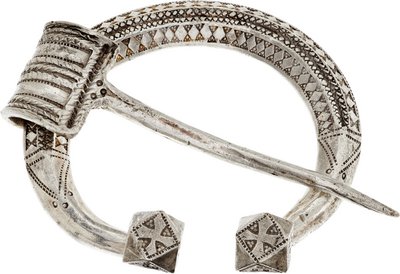 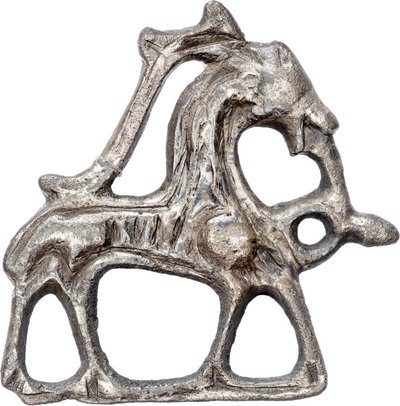 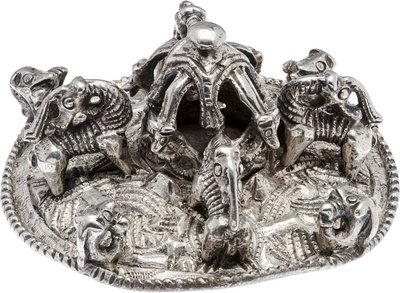