Demand for timber emptied the landscape

To build houses and ships, to make sleds, wagons and tools large amounts of timber were required. Not to mention for heating and cooking. Huge amounts of charcoal were needed for the preparation of tar and for iron and steel casting.

The forest clearance was enormous in relation to the size of the population. The landscape in the populated areas became depleted, bare, treeless.

The life of most people centred around the farmstead. Daily life consisted of agriculture, taking care of cattle, hunting and fishing.

One of the most important tools on the farm was the ard. It was used to loosen up the earth so that the seeds could be placed in the soil. The dominant crop was barley, though wheat and oats were also grown.

The ard was a predecessor of the plough. Most were made of wood, often using a naturally curved, thick branch or root. Those who could afford, attached an iron share to the end of the ard which turned the soil. Since wood easily decomposes few wooden ards have been unearthed. However, iron shares are found more frequently.

Other important tools were scythes, sickles, knives and axes. Axes are often found in graves, while the others are common finds in farmland. 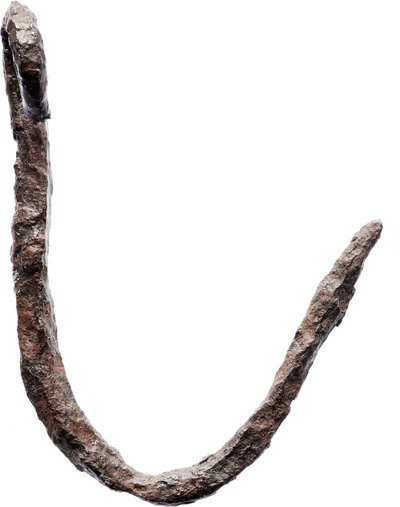