Power and wealth were put on display

Well-off, free women wore a lot of their social capital highly visible on their clothes. Power and wealth were to be displayed. This was particularly important in the context of burials.

Rich women could wear lavish needle cases and chains made of silver, rather than the more usual bronze. Their traditional oval brooches were gilded or silver gilt and covered with continental European ornamentation rather than Scandinavian designs.

The woman buried with objects in the display was a modern individual in her time. The personal possessions were mainly Scandinavian, but her jewellery also shows an affinity with free women on the European continent. She might have come from there originally, arriving in Scandinavia later in life. Mobility – then as today – was great among the privileged classes. 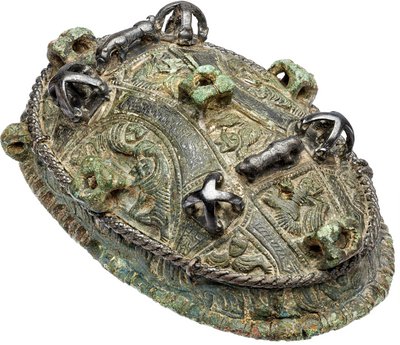 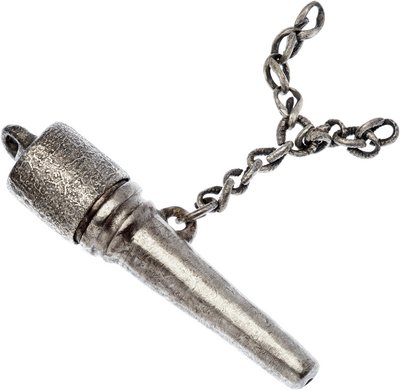 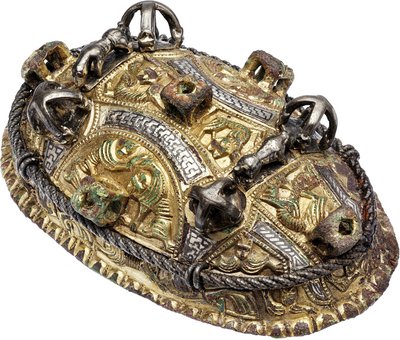 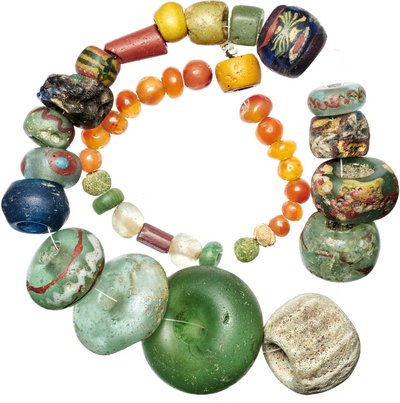 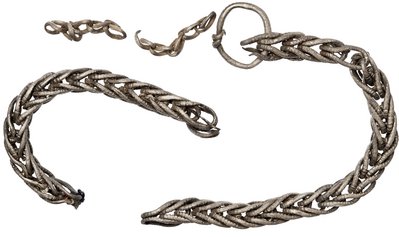 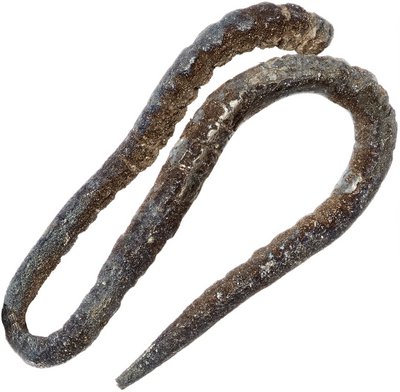